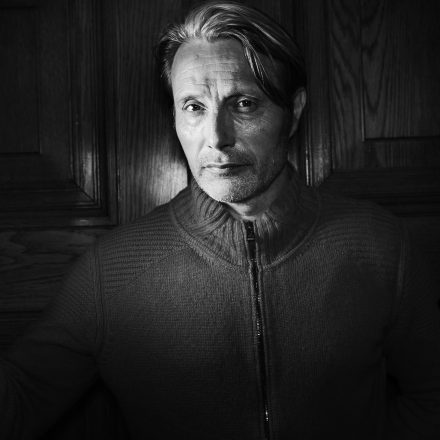 The Danish actor Mads Mikkelsen was the 2019’s recipient of the Nordic Honorary Dragon Award är Göteborg Film Festival. Mikkelsen visited the festival to receive the Honorary Award, give a Master Class and attend the Swedish premiere of Joe Penna’s film Arctic.

“It feels amazing. I grew up watching Swedish children’s shows and amazing Swedish films. Back then I had no dreams whatsoever of becoming an actor. So now, to receive a Nordic Honorary Dragon Award from the film festival in Göteborg feels surreal. Göteborg Film Festival was the first film festival I ever attended. We were there with Flickering Lights and it was a very pleasant experience”, said Mads Mikkelsen.

Mads Mikkelsen is undoubtedly one of the Nordic countries’ foremost actors, with a great career in his homeland Denmark as well as internationally. His breakthrough came already with his feature film debut in Nicolas Winding Refns’ Pusher. Afterwards, he played a major part in the wave of success that Danish film experienced in the beginning of the 21st century, with memorable contributions in Flickering Lights, Open Hearts and The Green Butchers. Since then, his career has continued along a brilliant and diverse path with amazing role performances in art house dramas as well as major feature films like Casino Royale, Rouge One and Doctor Strange. In 2012, Mikkelsen played the lead in Thomas Vinterberg’s The Hunt, a role he receive numerous awards for, notably Cannes Film Festival’s award for Best Actor.

Apart from Arctic, Mads Mikkelsen also features in Julian Schnabel’s At Eternity’s Gate, which will also be screened at Göteborg Film Festival. At the festival, Mikkelsen will also be honoured with a retrospective containing a selection of his most acclaimed films.